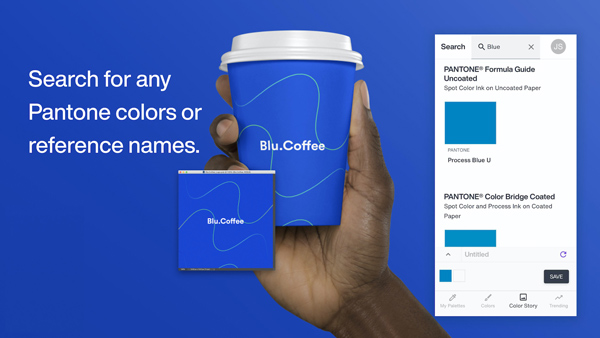 Pantone now offers a replacement product, Pantone Connect. Pantone bills Connect as "the only way to access over 15,000 market-relevant Pantone Colours found in over a dozen Pantone Libraries!" This is especially true once Adobe removes Pantone support from its products.

Pantone is licensing its Pantone Connect product in the Adobe Exchange for $59.99 per year as an end-user subscription. You can learn more about the plug-in's features and pricing, and read the somewhat withering reviews, by clicking here.

According to many online users and commenters, the free version is nearly useless, while the paid version is available under a monthly subscription model. Early versions of this replacement software have been quite buggy, leaving many designers and printers quite frustrated.

One area of special concern: files are starting to come in missing the spot colours previously assigned for continuity in colour; now coming in as CMYK with different values than previously. In these situations, we try to look up what the CMYK values were in the past and create different spot colours that do not have PMS or Pantone in the name, only the old PMS number and forced the old CMYK values. On digital presses, we have more latitude to adjust critical colours independently from each other if they come to press as spot.

We hope that Pantone Connect, like any complex software, will continue to improve in reliability and functionality over time.

Adobe has cryptically announced a replacement to the Pantone workflow with this recent statement online, "To minimize the impact of this change, we are working on an alternative solution for the affected products. Stay tuned for updates." Many experts have postulated that the removal of Pantone libraries from Adobe products is the result of a licensing dispute, with the parties unable to reach a financial arrangement acceptable to both parties.

Readers should also note that even the existing arrangement has been flawed for some time. Pantone has barred Adobe from updating the swatch libraries for years, resulting in swatches that are available in Pantone printed swatch books but unavailable in Adobe Creative Cloud applications.

One commenter questioned whether this would lead the graphic arts community to consider alternatives to Creative Cloud, including the Affinity suite of creative applications. The Affinity product line costs about the same to purchase as three months of Adobe Creative Cloud monthly fees.

According to one industry expert, existing documents in either their native formats or saved as PDFs, will maintain their existing colour information.